Originally a school project made in 2014 with 10 other students as part of our course at ENJMIN, event[0] was remade from the ground up over the course of a year, to be finally released on Steam on September 2016 by Ocelot Society.

Most of the original team participated in this new development cycle, including Swann Ménage and myself as the audio team. Despite its many imperfections, event[0]’s sound design attracted a bit of attention, and we even had the chance to be featured on A Sound Effect. 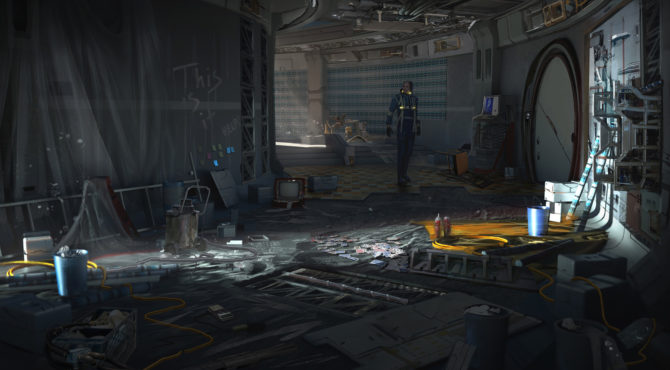 While a number of audio assets could be salvaged from the original student demo, the new story, features and environments provided us with a healthy number of new challenges. On top of the sound design for ambiances and interactive objects, which was a shared effort, I was particularly in charge of:

The game features very little music, and most of it is based on “Hey Judy” by Julie Robert and Camille Giraudeau. I provided a couple of reworks of the song, all of which are now available on the soundtrack, as a DLC for the game on Steam or released by G4F Records on bandcamp and youtube.

This is a linear edit of the ambient music you can hear in the game’s main menu: