Reward Circuit was my entry for Ludum Dare #31, and the second time I participated in the famous 48 hours game dev competition. The game is very loosely related to the compo’s theme, which was “Entire game on one screen”. Reward Circuit was mostly an excuse to experiment with pulling sounds from freesound.org at runtime, and crafting a semi-random soundscape in the process.

It can be played online here or downloaded here.

Each level of the game is a procedurally generated maze of platforms and stairs, revolving around a central gazebo. The player spawns at a random point and has to reach the gazebo to go on to the next, bigger level. Fortunately, the gazebo is home to a mysterious luminous cube that emits a random looping sound, making it easier to locate. Reaching a new level adds another layer to the sound emitted by the central cube, rewarding the player with a more and more complex (and weird) random soundscape. 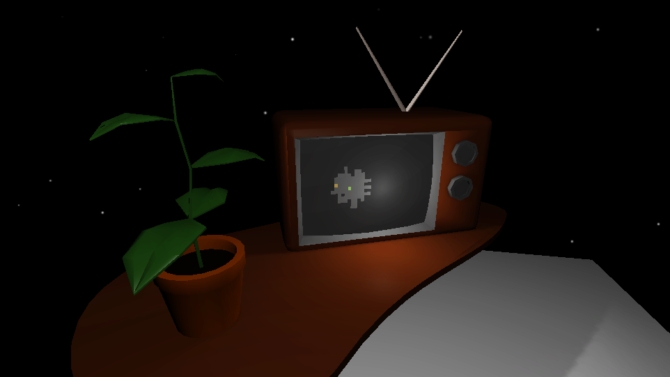 TVs scattered in the level also display maps to the center, but let’s be honest, they’re just here to display the “entire game on one screen” and pretty useless otherwise.